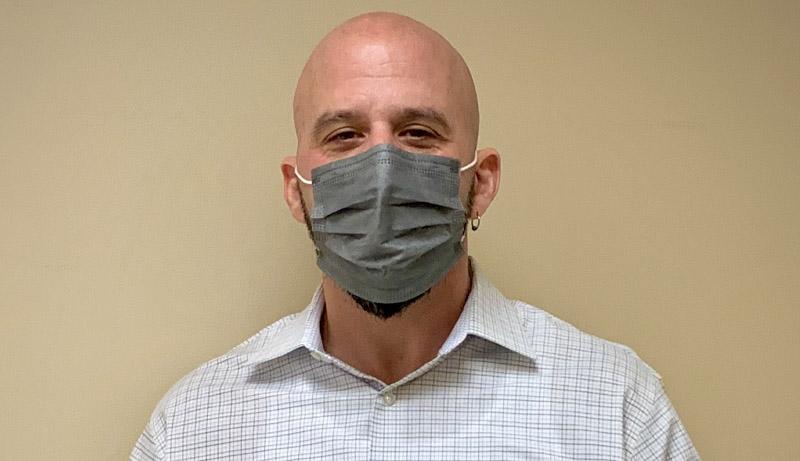 Shore Medical Center is proud to recognize Informatics Pharmacist Antonio Federico as January Employee of the Month. Federico, a resident of Egg Harbor Township, began his career with Shore in 2001 working as a pharmacist, taking a particular interest in working in the ICU. However, as Shore embraced the Computerized Provider Order Entry (CPOE) and the pharmacy became fully automated, the need for an IT presence in the pharmacy became a necessity. According to Pharmacy Director Matt Piskun, “Antonio rose to meet that challenge and in 2013 he became the Informatics Pharmacist.”

As the Informatics Pharmacist, Antonio became an integral member in countless multi-disciplinary endeavors that were crucial to the hospital, and has a major role in the way medications are currently ordered and dispensed. “Antonio took his new role seriously and quickly grew in knowledge and responsibility,” said Piskun. “He is now also considered the pharmacy narcotics officer who oversees multiple drug libraries and has a significant role in every pharmacy automation project.”

“His tenacity and inability to let any problem go unsolved was most recently on display when the pharmacy replaced the old McKesson robot with the new XR2 system we currently use. Antonio works tirelessly with the pharmacy supervisor in developing new workflows and best practices,” said Piskun. “No job is too small for Antonio. He even cleans the robots windows. If you need something built, taken apart, or sawed in half, Antonio is your guy.”

Angelice McPherson is the Shore Medical Center Employee of the Month