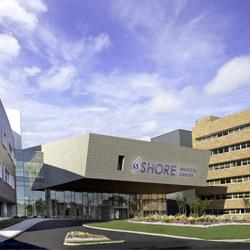 “Blood utilization” may sound at first like a confusing concept, but in recent years it has become a common focus for hospitals nationwide.  With increased awareness of both the risks and costs of blood transfusion, there is considerable interest in hospital-based and national patient initiatives for blood management to improve patient outcomes. These initiatives generally focus on optimizing patient’s blood counts, minimizing blood loss and implementing evidence-based transfusion practices.  Utilizing current best practices, the Shore Medical Center (SMC) Blood Utilization Program has been helping improve the quality and safety of patient care.

The choice of if and when to transfuse blood, even in a severely ill patient, is not always an easy decision.  Although the risks of infectious complications from transfusion (such as hepatitis and HIV) are extremely rare (less than 1 in 1 million), non-infectious complications such as mild allergic reactions, febrile reactions and circulatory overload are not uncommon.  For best patient safety, blood product transfusion should ideally be limited to only those patients who truly need it.  The difficult question has always been in deciding which patients truly are in need of transfusion and which ones are not.

Prior to the 2012 publication of transfusion guidelines from the American Association of Blood Banks (AABB), transfusion decisions were previously often based on individual physician preferences and old generalized transfusion “rules of thumb” that were not truly evidence-based.  With accepted guidelines now in hand, hospitals and physicians now have a useful tool to bring uniformity to the decisions regarding who needs to be transfused.

Based on increasing evidence that points to the lack of benefit and in some cases poorer outcomes for the liberal use of blood transfusion, the AABB guidelines emphasize a more “restrictive” transfusion strategy.  At SMC, up to 25% of the red blood cell transfusions in 2012 (prior to the release of the guidelines) would have been non-compliant with the new “restrictive” AABB transfusion guidelines, had they been in effect at the time.  Recognizing the need to adapt to a new standard of clinical best practice, SMC adopted the AABB transfusion guidelines and set forth on an initiative to apply them to everyday practice.

Through the work of Shore’s Blood Utilization Committee, led by chairperson James M. Pond, M.D., an initiative was started at the end of 2012 to improve the appropriateness of blood transfusions at SMC.  Education of the physicians and other clinical staff was supported with teleconferences, grand rounds, website posts and individual reviews as needed.  Extensive chart reviews and key metric measurements were used to monitor progress.  With the strong support of SMC physicians, nurses and administrators, the number of transfusions which were found to be outside of the guidelines were quickly reduced and have been consistently at or below 5% since 2014.  The utilization of other blood products such as platelets and frozen plasma were also added to the program in 2014 and 2015.  Appropriate use of these products have maintained similar high levels since the initiation of monitoring.

The success of the utilization initiative has been a highlight of SMC’s overall emphasis on quality patient care, safety and best practices, and has been recognized by various accrediting agencies during recent inspection visits, including the Joint Commission (JCAHO), College of American Pathologists (CAP), and American Association of Blood Banks (AABB).  Shore’s Blood Utilization Program remains committed and hopes to continue similar success over its next five years.

How to Have an Enjoyable and COVID-Safe Thanksgiving!