Smart phones have gotten a lot smarter in the hands of Shore Medical Center personnel. 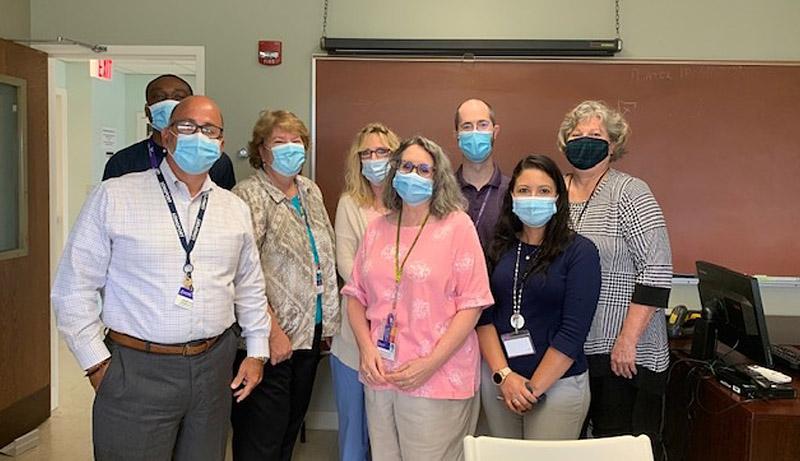 Congratulations to The Shore IT team and members of the Cerner Team. The group put in a tremendous effort and introduced new smart phone technology here at Shore. Their work and the new Specta Link smart phone Cerner app directly enhances patient care and does so quickly and securely in the palm of the care provider’s hand.

Gone are the old “zone phones” that had been in use for more than a decade. Also gone are the cumbersome laptop rolling carts. They have been replaced with smart phones that allow the doctor or nurse to securely access patient information, update medications, or check patient status all on a HIPAA secure server and on a secure Wi-Fi network.

The first leg of the journey to get the phones into the hands of the care providers began with a major infrastructure project by the IT Team to build Shore’s own secure Wi-Fi. Jeremy Albergo, IT Business Delivery Manager likened the creation of the secure Wi-Fi project to constructing a highway and then placing the cars on the highway.

After reviewing many manufactures apps and speaking with other hospital groups that use the HIPPA secure communication system SMC purchased the Cerner App. It was installed on more than 165 new smart phones that have been assigned to Shore Team members and it has also installed the secure app on some of Shore care provider’s phones.

The IT Team worked with Terry Jones in Communications to link the phone extensions and Jeremy Albergo said what the new phones do is make every member of the care team accessible.

Work began on the project in Oct. 2019 and though ready by June 1, they were officially launched with staff on August 1 and are already being used extensively. The first week metrics exceeded 10,000 Wi-Fi calls.