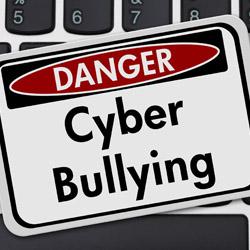 Cyberbullying has been stereotyped in the media as a problem that occurs with teenagers, cell phones, sexualized photographs and social media. But what happens when cyberbullies graduate and join the workforce? How has the popularity of social media, instant messaging and online forums changed the face of bullying in the professional environment?

Bullying at work is not a new concept. As reported by Forbes, “96% of survey respondents indicated they’d been bullied in the workplace, 62% of bullying came in the form of sabotaging work and/or reputation; 52% in ‘browbeating, threats and intimidation’, and 4% in actual physical assault. And we’re not even talking about sexual harassment in the workplace.”

Bosses forcing subordinates to get coffee, staff leaving coworkers out of the watercooler talk and general office gossip are as old as time. What’s new is that work bullies can now use apps like Burnbook to leverage their damage. In almost every situation, the bully’s intent is to confuse and embarrass the victim.

How Does Cyberbullying at Work Typically Occur?

Email bullying: These types of threats can come from anyone – a manager, a peer or even a subordinate – and may not always be seen as bullying because of how common email is. A bully may use threats – like being fired if you don’t do something or “telling” on someone for being late to work. They may use language that is patronizing or condemnatory, clog someone’s inbox with spam, tell the person to do non-work-related task or copy all of management letting them know how much you screwed up.

Social media bullying: Similar to high school students who use social media to bully, bullies at work intend to humiliate another employee by posting embarrassing messages that are seen by a large group of coworkers. Social media bullying could also be purposely excluding a coworker from a social media group discussion, posting passive-aggressive comments about specific projects or departments or even sarcastic mentions and hashtags that offend or embarrass someone.

Text message bullying: Cell phone bullying has grown because bullies can now send threats, often on personal phones, that are not trackable by employers. It is common to share cell phone numbers in the workplace, and it is very simple for a bully to send automated or anonymized text messages using apps designed for just this purpose. Hostile late-night texts or sexual solicitations may also occur via text message.

What Type of Cyberbullying Is Most Common in the Workplace?

Impersonation: When an employee poses as someone else (a boss, another employee, a leader or even a personal friend) and posts comments or sends emails or texts to confuse them, gain work-related or personal secrets or embarrass them.

Outing: When the bully shares secrets or other personal information about their victim with a large group of employees. These secrets could be work related, such as the victim is looking to apply for another job within the company or they were assigned to a big project. The secrets could also be personal.

Trolling: Posting mean or destructive comments on social media posts, sometimes that aren’t related to the original post at all. This may occur on public sites like Twitter, Facebook or LinkedIn but may also be on internal social media pages.

How Can You Help Prevent Cyberbullying From Happening?

Report it: If you are a witness to bullying, of any sort, the first thing to do is to report it to a manager, human resources or another official.

Respond and support: Keep in mind that many employees won’t immediately use the term “bullying” in referring to the treatment they are receiving from a coworker or manager. Complaints about bullying may be hidden under general work complaints. Be proactive when discussing these types of situations and listen carefully to the employee, take the situation seriously and react and report it quickly.

Policies and training: Employees need clear policies about what is acceptable and unacceptable behavior, and all employees should be trained on how to recognize and respond to bullying. If your organization does not have these, talk to your manager and human resource organization.

Practice social media hygiene: Stay up to date with privacy settings on all of your social media accounts, do not give out your email or phone number to people you don’t know, don’t accept friend requests from strangers and don’t send inappropriate photos, videos, emails or texts to anyone – especially coworkers (even if they are your friend or significant other today).

Call the police: In extreme situations, if someone is in physical danger, or if management or human resources are not able to adequately resolve the situation, the police may need to get involved. Some states even have laws against workplace bullying.

Hopefully, the above gives some useful information to include in the article. This article was provided by John McNamara, CEO, McNamara & Associates, Inc.

Shore Offers a Way to Thank Your Doctor this Doctors’ Day