How A Colonoscopy Can Reduce Your Risk of Developing Cancer 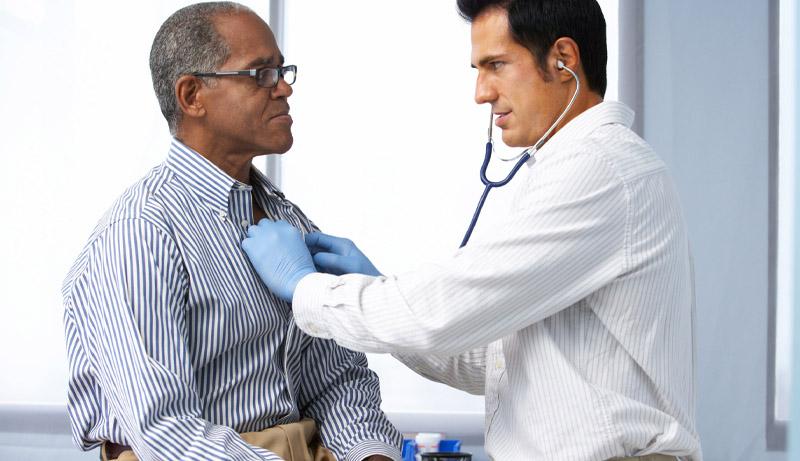 Procrastination comes easy to most of us. We know we need to take care of obligations like getting the car inspected and paying the taxes on time, and putting them off has consequences. Procrastinating on routine healthcare can result in problems that could have been avoided. Having a colonoscopy is one important step in being your own healthcare advocate.

Colonoscopies save lives
Dr. Kenneth Schwab of Jersey Shore Gastroenterology said frankly, "Colonoscopies save lives." Referencing the findings of a 2018 article published in the Annals of Internal Medicine, Dr. Schwab said there was a more than 60% reduction in death from colon cancer with the use of colonoscopy.

"Cancers usually start as a polyp or precancerous growth. Colonoscopy can remove those polyps before they become cancerous, and colonoscopy can detect cancers at an earlier stage, and they can be removed with an excellent prognosis."

Know the numbers
The American Cancer Society recommends that both men and women of average risk for colon cancer have their first colonoscopy at age 45. It had been previously recommended to begin at age 50, but in 2018, ACS dropped the age to 45 because colorectal cancer cases are on the rise among young and middle-aged people. Deaths of people under 55 increased 1% annually from 2008 to 2017, even though overall colorectal cancer rates have dropped.

Early catch improves prognosis
"The beauty of colonoscopy over other colon cancer screening modalities is that it is therapeutic," said Dr. Schwab. "Polyps can be detected and removed at the same time in most patients." As Dr. Schwab explained, "The larger the polyp, the higher the chance that it may contain cancer. However, as long as the cancer is contained within the polyp itself, in many situations, the colonoscopy with polyp removal can cure an early cancer without the need for surgical intervention."

Once a polyp is removed, the site typically heals within a few weeks, according to Dr. Schwab. "There is usually very little if any discomfort associated with the healing process. After the polyp is removed, other than minimal scar tissue, the colon is no different than it was previously."

Colonoscopies give answers
"We do not know why some people will develop polyps and others will not. It is likely multifactorial, this may include diet, environment, and genetic factors," said Dr. Schwab. "Colonoscopy is able to detect a variety of other conditions that are not as easily seen by other screening tests. These include Crohn's disease, ulcerative colitis, along with other forms of colitis."

The prep
Colonoscopy is usually a minimally invasive procedure, requiring conscious or light sedation without the need for general anesthesia. Dr. Schwab said, "Most people report their main complaint regarding colonoscopy is that of bowel preparation. These have improved, but they are still distasteful. However, the cleaner the bowel is, the more thorough the examination will be."

Alternative testing
Home stool DNA testing, such as Cologuard, is another avenue for early cancer screening. "I find Cologuard helpful in patients who are at high risk for standard colonoscopy. For example, in patients who have cardiopulmonary comorbidities who would be at risk for sedation, this might be an option. In addition, for patients who are on blood thinners and are not easily able to come off of these, Cologuard may be an option. However, Cologuard has a very high miss rate for significant colonic problems."

Dr. Schwab provided statistics on the at-home Cologuard test: Cologuard misses 8% of colon cancers, 30% of advanced polyps that may be nearing the cancer stage and Cologuard misses 50% of polyps overall. He added, "Cologuard is not indicated in patients who are at a high risk for colon cancer such as those with a family history of colon cancer, patients with symptoms that may reflect and underlying colon problem such as change in bowel habits, rectal bleeding, or anemia, nor in those with a history of colon polyps."

Test results
While nothing is 100% foolproof, false-negative results of standard optical colonoscopy are considered much better than those of other screening tests, including Cologuard and virtual colonoscopy, according to Dr. Schwab.

When to schedule your colonoscopy
Dr. Schwab said the guideline for having a routine colonoscopy presently starts at age 45 in the absence of any symptoms. "If patients are symptomatic, earlier examinations may be appropriate. If the initial study is adequate and there are no significant findings, and the patient has no family history of colon cancer, the guidelines would suggest the next exam in 10 years. If the patient should develop a change in bowel habits, anemia, unexplained weight loss, or other symptoms, then an earlier colonoscopy may be advisable."

The question of when to stop colonoscopy is a valid one. "The decision is usually individualized depending upon the patient's comorbidities. There are plenty of very healthy patients well into their 80's who remain good candidates for standard colonoscopy," said Dr. Schwab. "In general, pregnancy is a relative contraindication to performing colonoscopy. If it can be avoided, we certainly try to do so until after the pregnancy."