Could OCD Be the Cause of Your Stress and Anxiety? 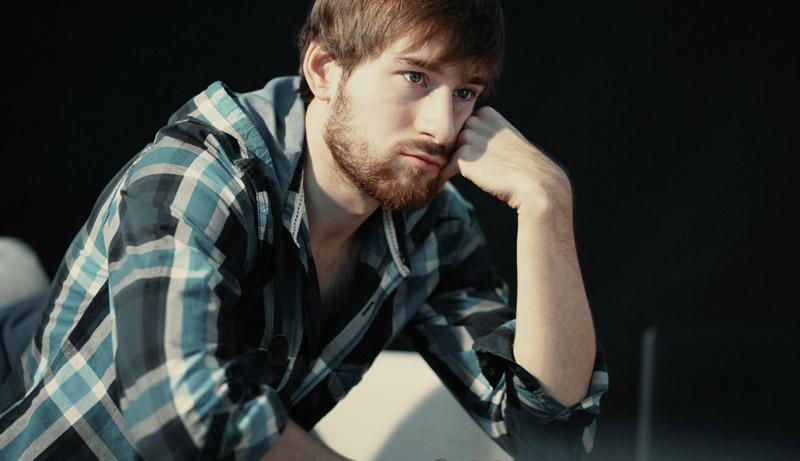 You have probably heard people casually refer to themselves or someone they know as having OCD or obsessive compulsive disorder, usually in reference to a quirky behavior they have related to being very clean or organized. But the term is often misused and misunderstood. OCD is a very real mental health disorder.

OCD stands for obsessive compulsive disorder. According to Dr. Jenys Allende, Executive Director for Mental Health Staffing at Legacy Treatment Services with locations throughout the state, including Northfield.  OCD is a disorder which has intrusive thoughts that cause anxiety or stress.  There may also be compulsions, which are mental or physical behaviors that an individual feels compelled to perform.

Dr. Allende gives the example of someone who is walking gingerly with a cake in their hand and you think for a moment of hitting the cake out of their hands.

“For someone without OCD, the thought lasts for a second and does not cause you any distress because it is something you would never do,” she said.  “Now imagine you have OCD.  That same person with the cake walks by and you think ‘I could just hit the cake out of their hands’.  This time however you can’t stop thinking about it.  Although you would not do it, still having this repetitive thought makes you feel like a bad person, and gives you anxiety. You have found that in these situations, arranging the books in your room by color helps you calm down.  You feel so anxious you do the ritual but you miss an important meeting because you simply cannot stop arranging the books.”

What are the symptoms of OCD?
Dr. Allende said those with OCD have compulsions or rituals which are repetitive behaviors (e.g., washing, checking) or mental acts (e.g., praying, counting, repeating words silently) that the individual feels driven to perform in relation to an obsession or according to rules that must be applied rigidly or to achieve a sense of “completeness.”

Obsessions are repetitive and persistent thoughts (e.g., of contamination), images (e.g., of violent or horrific scenes), or urges (e.g., to stab someone). Obsessions are not pleasurable or experienced as voluntary. They are intrusive, unwanted, and cause marked distress or anxiety in most individuals. A person suffering from OCD attempts to ignore, avoid, or suppress obsessions or to neutralize them with another thought or action (e.g., performing a compulsion).

The most common categories for people with OCD

Habits can make the leap to needs
Dr. Allende explained that OCD gets thrown around as a term for someone who is rigid with their routine or worried about cleanliness.  An obsession and or compulsion becomes OCD when it occurs most days for at least two weeks at a time.  The obsession and/or compulsions also need to impair your ability to function, either because it causes significant distress or because it impairs your ability to perform daily activities. If a person is washing their hands a lot but they don’t really think about it twice, it is not OCD.

Whether those suffering with OCD will have both obsessions and compulsions or just one of them, Dr. Allende said it is difficult to answer. She indicated, epidemiological studies on OCD very rarely answer this question. Also, the disease is not very common as it affects only 1.2% of the population.  Among those with OCD, it may take quite some time (up to nine years on average) for an individual to seek help for the disorder and the more severe the disease becomes, the more likely he/she will have both obsessions and compulsions

A Debilitating Disorder
OCD can be extremely debilitating, according to Dr. Allende.  “I may be dating myself but there was a show on Nickelodeon called Double Dare in the 1990’s and its host was Mark Summers,” she said.  “As a medical community, we have been very fortunate that Mr. Summers has shared his story many times to raise awareness for OCD.  While on the show, Mr. Summers was always concerned about cleanliness and he got “slimed” every day.  He describes rushing off set at the end of the show to immediately change his clothes.  He also describes his compulsions of spending a lot of time arranging the tassels on his living room rug.  He describes being labeled as difficult to work with and actually lost a job on Hollywood Squares due to his OCD and being labeled difficult. “

Dr. Allende added that her patients have had trouble completing school, difficulty with social situations to complete disability due to OCD. “My most severe case spent so much time on rituals and was so anxious about obsessions that they could not care for their daughter, or work,” said Dr. Allende.  “It can be devastating.”

OCD is associated with reduced quality of life as well as high levels of social and occupational impairment. This can include:

How do you help to break through to people with OCD?
Fortunately, people with OCD are usually aware that there is a problem, as they are distressed or anxious about their symptoms. Dr. Allende said that they tend to know that something is not right.  As an intervention, you want to strive to understand how the person feels rather than labeling them.  For example: “I see you counting a lot lately.

” She went on to explain, using statements takes some of the judgement from the intervention.  Avoid labeling (you have OCD) as people tend to become more defensive when they are labeled.

Are OCD symptoms triggered?
According to Dr. Allende, something does not initially trigger OCD to emerge. She did add that OCD can emerge from head injuries or trauma, it is often a condition that develops in school-age children to young adults.  An OCD episode can be triggered by anything that causes, stress, anxiety, and especially a feeling of lack of control.  For example, if a person with OCD develops cancer, which can certainly trigger obsessions and compulsions, especially with cleanliness.

In OCD the first step is to recognize the feeling that leads to worsening obsessions or compulsions, explained Dr. Allende. “Anxiety can easily lead to an OCD, episode therefore a person can learn to recognize when they are anxious and use coping skills for the anxiety.  Cognitive Behavioral Therapy is first line for OCD.” She added, “During therapy you do learn to recognize environmental triggers and use these triggers in exposure and response prevention.  For example, an obsession with germs may be triggered by a doorknob as it may have germs.  Exposure and response prevention exposes the patient to the doorknob for incrementally longer periods of time, while giving the patient coping skills such as breathing techniques, imagery, etc. to combat the feeling of anxiety. “

Coping skills for OCD
According to Dr. Allende, the goal for these intrusive and distressing thoughts is to recognize them as an unwelcome intrusion and allow them to pass by.  For example, a patient may have an obsession with becoming aggressive.  When this thought enters his mind, he is distressed by it since he would never hurt anyone.  What follows can be a lot of negative self-talk (I am a terrible person, why do I want to hurt people). “I want people to turn it into the lady with the cake scenario,” said Dr. Allende.  “You can have the obsessive thought and brush it off with “I would never do that”, rather than dwelling on the thought. Distraction techniques can be helpful in these circumstances. In OCD we are trying to extinguish or prevent thoughts, rather than analyzing them. The goal is to focus on obsession for smaller amounts of time and for this reason, journaling the thoughts would not be a recommended activity.”

Treatments for OCD
What treatment Dr. Allende recommends is based on each individual’s presentation. Some patients may be so anxious and overwhelmed that they are not able to participate in cognitive behavioral therapy (CBT), so medication may be best to start with.  Other patients may present with milder cases when they can discuss their symptoms and they may be able to start with just CBT.

Cognitive behavioral therapy in addition to exposure and response prevention is the first-line treatment, according to Dr. Allende.

” Studies have found that medications with high serotonergic are the best choices for OCD,” she said.  “First lines are the selective serotonin reuptake inhibitors (or SSRI’s) with the exclusion of Celexa and Lexapro. All other SSRI’s have an FDA indication for OCD.  Clomipramine (an older tricyclic antidepressant) also has an indication for OCD; however, I do not use it first line due to its side effects (which include sedation, and dry mouth).  The other concern with Clomipramine is that in overdose it can be fatal.  With all psychiatric disorders there is always the possibility of suicide, therefore it is good practice to start with medications that cause the least harm in overdose first.”

Is OCD hereditary?
Dr. Allende indicated that while OCD is not directly hereditary (as in if your mother has OCD, you have a 50% chance of getting OCD), there is a genetic component.  Twin and familial studies of patients with OCD show a genetic component most prevalent in childhood onset OCD.

Can OCD be cured?
“I watched an interview with Mark Summers recently and when asked if he was cured, he said ‘80% cured - I don’t think I will ever be 100% cured’,” Dr. Allende said.  “In 40-60% of patients with OCD, I see significant improvement with CBT and or SSRI’s. However, OCD at its core is an anxiety disorder.  There are points in your life when you are going to be anxious and the severity of that anxiety can trigger OCD symptoms.

Demystifying Depression May Save a Life