Demystifying Depression May Save a Life 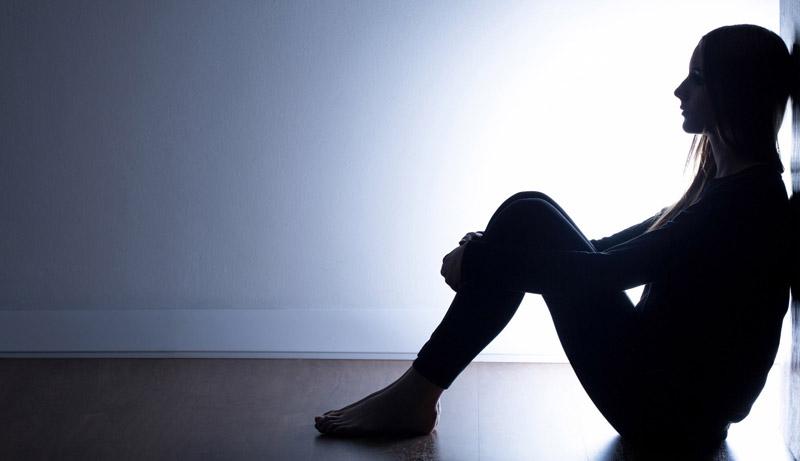 The term "depression" is often tossed about casually. Psychiatrist Dr. Jenys Allende, Executive Director for Mental Health Staffing at Legacy Treatment Centers, said, "The term depression gets thrown around for everything from a normal emotional reaction to a stressor to a severe depressive episode. It is important to know and understand and recognize depression."

According to Dr. Allende, a major depressive episode has depressive symptoms that are present most of the time and interfere with the individual's ability to function for at least two weeks. "A woman taking care of her aging parents may be saddened by the stress of caretaking along with sadness over her parent's illness. However, if she can still enjoy things as she normally does and her sadness does not interfere with her other roles as mother, wife, and caretaker, it is likely not a depressive disorder."

Types of depression
As Dr. Allende explained, once a depressive episode is diagnosed, the next step is to specify the associated features such as psychosis or catatonia that occur in cases of severe depression.

"In elderly people with dementia, catatonic features like rigidity, restlessness, and decreased food and water intake may be the first clue to depression," said Dr. Allende. "If you suspect catatonia, call your physician immediately as there can be significant consequences."

The severity of a depressive episode can be mild, moderate, or severe, depending upon the number of symptoms and their impact on the individual's functioning. According to Dr. Allende, a depressive episode can occur in many disorders, including major depressive disorder, bipolar disorder, psychotic disorder, substance-induced mood disorders (such as alcohol, stimulants, or opiates), or due to general medical conditions such as multiple sclerosis, cancer, Huntington's disease, cancer treatment, etc.

Depression can be an emergency
Dr. Allende suggests that if you or a loved one is experiencing a depressive episode, it is best to reach out to your physician. But she cautions, "If you or a loved one have suicidal thoughts, contact your physician immediately or go to the nearest emergency room. Suicidal thoughts are never a normal part of psychiatric illness and need to be treated as an emergency," said Dr. Allende.

Is there a cause for depression?
It is possible but infrequent that health care professionals can pinpoint the cause of depression. Dr. Allende said it could be hypothyroidism, an underactive thyroid. Medications such as interferon used for autoimmune disorders and cancer may cause depression in 20-80% of patients, so much so that it is often prescribed with an antidepressant. Substances of abuse can cause depression. It is common for those with alcohol use disorder to be depressed while drinking or withdrawing from alcohol.

What to look for
Dr. Allende said families should look for symptoms of depression such as isolation, decreased ability to function, grades dropping in school-age children, poor self-esteem, poor concentration, absentmindedness, and a decreased energy level.

"If you have a loved one who is sad or depressed, ask about suicidal thoughts. I coach parents and loved ones to ask matter-of-factly, 'any thoughts about wanting to hurt yourself today? Thoughts of not wanting to live are very common when you are so sad. Have you been having any of those thoughts?' Overall 2.5-6% of the population may have suicidal thoughts at a point in time. If a patient has a major depressive disorder, that number jumps to about 25%. Of those with major depressive disorder and substance use disorder, 38% will have suicidal thoughts at a given point in time. Ask about suicide. You may save a life. Truly my hope is that loved ones will have the courage to accept the things they cannot change and the wisdom to know the difference. Be an ardent supporter of your loved one. Some days the road to recovery will be a roller coaster with good and bad days. Don't be disheartened," concluded Dr. Allende.

Different ages, different symptoms
Dr. Allende explained that the common symptoms of depression change throughout life. Children, still learning to think abstractly, may complain of physical symptoms. Teens often display irritability rather than sadness. Older adults may not say they are depressed but may have a decline in their ability to perform tasks of daily living such as caring for health and hygiene as they had previously. Generally, older adults display more physical symptoms.

Some people show emotions by crying or appearing sad, and others show depression in their bodies. Dr. Allende shared a story about her father, an airline pilot. Every time he would have to take a recertification exam for his pilot's license, he would have terrible gastrointestinal symptoms. Once he took the test, it all went away. Persons with depression may show physical symptoms like headaches, cramps, increased pain, etc. However, many with depression due to low motivation and energy do not get their symptoms evaluated. "If you or a loved one has physical symptoms, contact your healthcare provider for evaluation."

Medication for depressive episodes helps, but it is important for the person who has suffered an episode to continue on their medication six months to a year past their episode because they are at risk for another. Dr. Allende said it is a difficult task for patients because they want to stop their medication once they feel better, but it is important to follow the physician's guidelines.

The pandemic and depression
According to the National Institute of Health and the Centers for Disease Control and Prevention, there have been substantial increases in self-reported behavioral health symptoms. In one CDC survey in late June 2020, 31% of adults surveyed reported symptoms of anxiety and depression. Respondents indicated 13% started or increased substance use, while 26% reported stress-related symptoms, and 11% reported having serious thoughts of suicide in the past 30 days.

Dr. Allende said she feels the pandemic fueled depression. "Isolation and poor social supports are risk factors for depression. However, the impact of Covid on the economy, especially in our most vulnerable populations, also had a big impact on depression.

The danger of depression
"The most dangerous consequence of untreated depression is suicide. Suicide is the second leading cause of death in teens (ages 1—14) and young adults (ages 25-34) and is more common in these age groups than homicide and cancer. It is among the top nine leading causes of death across the lifespan," said Dr. Allende. "Untreated and persistent depression can have significant consequences. Think of a time in your life when you were really stressed: did you eat a healthy diet? Did your exercise routine change? Did you become sedentary? Did you take your medications? In addition, depression can lead to poorer outcomes in cardiac disease, stroke, and heart attack recovery."

Can people with depression live a normal life?
"Absolutely. Abraham Lincoln suffered from recurrent depressive episodes and is one of our most admired presidents. He said, 'If what I feel were equally distributed to the whole human family, there would not be one cheerful face on earth.' Approximately 21 million U.S. citizens are suffering from depression at any point in time. You are not alone. Depression feels like it is never going to get better, because it causes the patient to see the world negatively. But people can go years between episodes and return to their normal productive lives," said Dr. Allende.