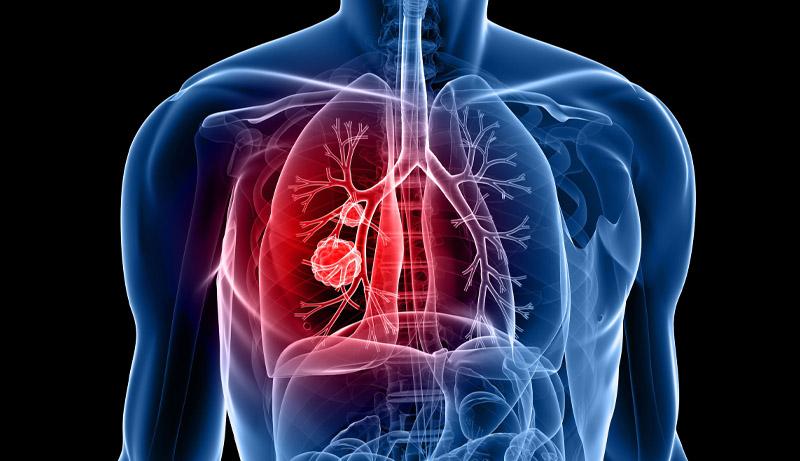 According to the American Lung Association, lung cancer is the number one cause of death of both men and women in the United States. Lung cancer kills more people annually than breast, prostate, and colorectal cancer combined. While those numbers are grim, according to Pulmonologist Dr. Sallustio Del Re, FCCP of Penn Pulmonary Medicine Somers Point, newer medications and technology are providing reasons to be optimistic.

Receiving a lung cancer diagnosis is life changing, but Dr. DelRe said many factors come together to help the physician and his team map out a plan. “Every person is different and every plan we create is individualized for the best possible outcome for that patient.”

The Team
Dr. DelRe is a specialist in pulmonary medicine, treating diseases of the lungs. He works closely with the Radiation Oncologist, the Medical Oncologist, and the Thoracic Surgeon. Together they map out a plan for each patient.

Early detection is vital
Dr. DelRe said the technological advances made in detecting and treating lung cancer are making a big difference in patient’s lives. “Cancer screening and the new ultra-low dose CAT scans enable us to be able to see very small nodules, as small as 2-3 mm and we can closely follow its progress. If the doubling time, that is the length of time it takes for the nodule to double in size, is slow we may not have to biopsy.  When we are able to find them when they are very small we can follow them and have the patient come back and we will look at it again in two to three months,” said Dr. DelRe.  “The one thing we do know, 80% of the nodules that we find are benign.”

Staging Cancer
Once a patient has learned they have cancer, the stage of the cancer is very important. Dr. DelRe said in staging cancer they consider a number of characteristics of the nodule or lump discovered. First they look at the size of the nodule as well as if it is metastatic.

Metastatic cancer is a cancer that has spread from the part of the body where it was first detected, (the primary site) to other parts of the body. When cancer cells break away from a tumor, they can travel to other parts of the body through the bloodstream or the lymph system. Those cells that have traveled elsewhere in the body from the lungs still retain some of the characteristic of the origin site even though it has developed elsewhere besides the lungs.

Dr. DelRe said they are also looking carefully at the patient’s lymph nodes and to see if cells are detected only on the same side as where the nodule was found, or if they see them on the opposite side.  Dr. Del Re said if the cancer has not traveled far, that is the best scenario. If it has traveled to lymph nodes on the other side of the body, there is likely more involvement.

Once the patient's cancer has been staged the other factors considered as the team maps out a treatment plan: are the lymph nodes involved? What is the patient’s tolerance of the therapy? Dr. Del Re said the treatment plan is very individualized for each patient, taking every factor into consideration before setting up the plan.

Controlling the Causes of Lung Cancer
“We would see a drastic drop in the number of lung cancer diagnoses in the future if people would just stop smoking. Stop smoking right now. Smoking is the number one cause of lung cancer and in most cases it is preventable,” said Dr. DelRe.  He said second-hand smoke surely contributes to the problem but there are no statistics on second-hand smoke and lung cancer. Vaping is something Dr. DelRe said it has a purpose if it helps transition a smoker off tobacco but only if used in the very short term as a transition. Long term use of E-cigarettes also negatively affects lungs.

Keep up with Screenings- It Could Save Your Life