Rx for a Good Night’s Sleep is Weighting for You 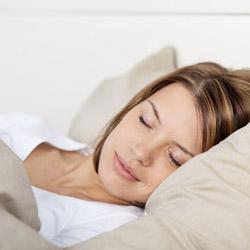 Under most circumstances, most of us want to take a weight off of our shoulders, but when it comes to getting a good night’s sleep, it might help add a little weight to our shoulders. The use of a weighted blanket to aid a restful sleep is being touted as not only a help to insomniacs, but also those diagnosed with Autism Spectrum Disorder, Attention Deficit and Hyperactivity Disorder (ADHD),as well as patients with neurological disorders.

Calming effect
Shore Medical Center Occupational Therapist Ann Lahr  said the use of weighted blankets, although currently trendy, is not new. She said they were used in a sub-acute facility where she worked in years past with older patients who were experiencing some confusion as a comfort measure.

Lahr said she now works mostly with adult patients who do not normally have a need for the blankets, but added that she sees an appropriate use of the weighted blanket for patients with neurological issues. “The weighted blanket provides a deep pressure that helps to calm patients who may be anxious or confused, which can help them to fall asleep. Deep pressure is a lot like a hug. It’s reassuring, where a light touch is more of a stimulant,” said Lahr.

The study’s coauthor, Dr. Gaby Badre, Medical Director of Sleep Disorders Clinic at the University of Gothenburg, said the theory behind weighted blankets is that they may work, in part, by providing firm, deep pressure stimulation that provides a reassuring and cocooning feeling. In addition, Badre indicates that the weighted material inside the blanket produces a lighter, stroking-like tactile sensation when moving that may be the equivalent of a caress. She added that it may stimulate the release of neurotransmitters and affect nervous system activity in ways that decrease over-arousal and anxiety.

Help with sensory processing
Mary Kientz, Associate Professor of Occupational Therapy at Stockton University, said she is an advocate for the use of weighted blankets. Kientz explained that children and adults who are on the autism spectrum have inherent issues with sensory processing. “In people with sensory processing issues, their sense of sound, taste, touch and smell may be heightened. That is why some autistic children do not like to be touched, are overwhelmed in a crowd or cannot tolerate bright lights or loud noises. They are sensory sensitive. Because they tend to be over-stimulated by their senses, they have difficulty calming down and therefore have a lot of trouble falling asleep,” said Kientz. “With more movement, they in turn need more input to relax, and the deep pressure is both calming and organizing for their bodies, much like a massage.” She added that this carries through for adults as well as children.

Recommended blanket weight
Weighted blankets are available in major retail stores in different weights. Experts suggest following a basic rule of thumb to achieve that calming effect to help a person fall off to sleep. Kientz said the blanket should be around 10 percent of the person’s body weight. Similar to the weighted blanket, there are weighted vests that are also utilized for some on the autism spectrum or with other sensory processing issues. Kientz said the wearables are referred to as a “huggy vest” and are normally suggested to be about equal to five percent of the person’s body weight. “The huggy vest allows the person to feel that hug and it has a similar calming effect,” said the Stockton professor.

For newborns, a swaddle keeps the baby wrapped tightly and feeling secure. When they transition from the swaddle, there is an option for a weighted sleep suit to help provide that deep pressure that a baby associates with feeling secure and helps them to fall asleep and stay asleep.

Weighted blankets are sold in most major retailers in various weights, but you can also make them. Their popularity has spawned multiple do-it-yourself versions that can be found on Pinterest other DIY sites.

Good Health Can be a Balancing Act

Is Proper Sleep an Rx for COVID-19?

Getting Help for a Good Night’s Sleep