What is that Belching, Indigestion and Heartburn Telling You? 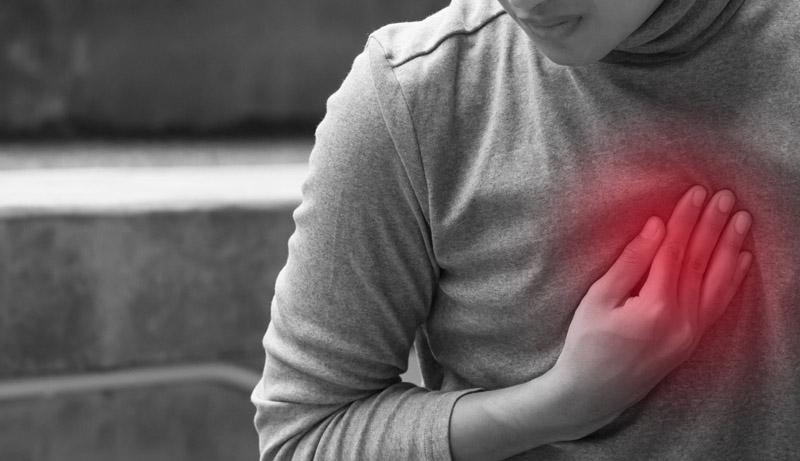 When we overindulge, our body will often remind us that we have done so. Belching is one of those ways that we are reminded of that overindulgence. Gastroenterologist, Dr. Kenneth Schwab, MD, FACG, AGAF, FACP of Jersey Shore Gastroenterology says, “Belching is common and unless it is accompanied by other symptoms such as significant indigestion, nausea, vomiting, difficult or painful swallowing, or weight loss it is not usually a sign of significant underlying disease.” Dr. Schwab explained swallowing air, eating or drinking too fast, talking while eating as well as drinking excessively carbonated beverages may well result in belching and other than being a bit embarrassing, it is not a problem. Though, frequent heartburn or significant indigestion might mean something more is going on like GERD.

What is GERD?
Dr. Schwab defined gastroesophageal reflux disease or GERD as a condition whereby acid from the stomach flows backward into the esophagus causing heartburn. He indicated that most people will occasionally have reflux and some estimates suggest that 20% of people have reflux frequently.

Factors that may contribute to developing GERD include lifestyle, as lying down within a few hours of eating can certainly contribute, according to Dr. Schwab. Obesity is another contributing factor as it may increase intra-abdominal pressure, forcing intragastric contents back up into the esophagus. Smoking and drinking may impair motility, thereby contributing to acid exposure time in the esophagus. Dietary factors may contribute to GERD as high-fat content foods may remain in the stomach for longer periods, allowing for increasing reflux propensity, while spicy foods likely cause direct irritation to the esophagus in some people. Dr. Schwab added, “Certain medications such as commonly used anti-hypertensives may relax the lower esophageal sphincter muscle and allow for easier reflux. Conditions such a pregnancy may also worsen reflux symptoms, not only due to the weight of the baby causing pressure on mom’s stomach but also as certain hormones may relax the lower esophageal sphincter muscle facilitating GERD.”

Symptoms of GERD
Symptoms of GERD include a burning type of discomfort in the chest, most commonly after eating and it is exacerbated when lying down. As Dr. Schwab explained, “This can last a few minutes, or longer and may resolve on its own or with the use of antacids or medications that suppress acid-like H2 blockers such as Pepcid and proton pump inhibitors such as Prilosec, Protonix, and Nexium, etc. While not as common, GERD can also affect the respiratory tract, at times leading to hoarseness, coughing, wheezing, or other respiratory symptoms.”

Anxiety may play a role in reflux, though Dr. Schwab said the process is not entirely clear. “It may be that anxiety reduces the pressure in the lower esophageal sphincter muscle or it may lead to increased muscle tension around the stomach and forcing acid back up into the esophagus,” said Dr. Schwab. “A third proposed process includes increased stomach acid production with the presence of anxiety.”

How Can You Help Yourself?
GERD will not just disappear. Dr. Schwab said lifestyle modifications may improve symptoms of GERD. “Smaller meals, not lying down within a few hours of eating and also elevating the head of the bed at least four inches so that gravity helps in the drainage out of the stomach may help.” He added, adjusting other dietary factors such as avoiding smoking, excess alcohol consumption, coffee, tea, and other caffeinated beverages along with decreasing the fat content in food may all help to decrease reflux symptoms.

Treating GERD
Treatment for GERD depends upon the severity, according to Dr. Schwab. “If symptoms occur only twice a week or less and respond to antacids or avoidance of foods that trigger symptoms, then no further evaluation is needed,” said Dr. Schwab. “This is assuming there are no “warning symptoms” such as nausea, vomiting, trouble swallowing where food is slow to pass or occasionally gets stuck in the esophagus, painful swallowing, weight loss, abdominal discomfort, etc. If any of these symptoms exist, further evaluation is in order.”

Typically, if any of these symptoms are present or if the pattern of reflux changes, upper endoscopy or EGD is recommended. In rare cases, monitoring the pH level in the esophagus to check acid levels and correlate them with symptoms may be helpful. But Dr. Schwab underscored, the treatment of reflux is first and foremost, lifestyle modification. “If certain foods trigger reflux like spicy foods, marinara sauce, grapefruit or orange juice then obviously avoidance of these contributors may be most helpful. If someone is prone to reflux because dinner is usually an hour before bedtime or if someone snacks while lying down in bed, then adjusting these factors may lead to improvement of GERD symptoms. However, if it does not work, then usually suppressing the acid using medication may help.”

Proton pump inhibitors or PPIs such as Nexium, Protonix, and Prilosec work very well to control reflux by suppressing acid in the stomach, according to Dr. Schwab. “Parietal cells, the acid-secreting cells of the stomach have a so-called hydrogen ion pump that is inhibited by this group of medications. These are currently the most potent of the acid-suppressing medications available and work better than H2 or histamine 2 blockers such as Tagamet or Pepcid.” But there is a downside to suppressing the acid. “The body needs acid to absorb vital nutrients and by suppressing that acid, it can lead to problems with malabsorption. Problems such as osteoporosis, bone fractures, low magnesium levels, diarrhea, or pneumonia and in rare cases, kidney problems have been noted,” said Dr. Schwab.

Barrett’s Esophagus
Barrett’s esophagus is another condition that may result from prolonged exposure to stomach acid. . “This causes the cells lining the esophagus to change and become more like those of the intestine. This change may predispose the patient to esophageal cancer,” said Dr. Schwab. “However the incidence of Barret’s esophagus with significant acid reflux is about 10-20% and less than 1% incidence of esophageal cancer.

Dr. Schwab said, “It is important to know early on if the patient does have reflux, as physicians can often detect dysplasia or the early changes in the cells lining the esophagus that may predispose to esophageal cancer. Dysplasia or even early esophageal cancer can be treated endoscopically, often without the need for surgery, chemotherapy, or radiation.”

For more information on GERD or to schedule an appointment with Dr. Kenneth Schwab visit JerseyShoreGastro.com or call 609-926-3330.

Why Do I Feel So Anxious?